Blockstack is also interesting as it's a non-cryptocurrency use of blockchain, which I covered in the previous post. I'll start this post with an overview of how a decentralized application might work, before describing Blockstack's approach.

Some of the most popular applications today like Gmail, Facebook, and Twitter are run by companies which own and manage their users' data and expose an interface for users to access their data. These apps are centralized in that the companies that run them store and manage all the user data.

While this model has been very successful for both the companies and users, it has come with its downsides:

For these reasons and more, there has been a trend towards building decentralized applications which move ownership and agency of data back into users' hands.

In centralized applications, there is a tight coupling between the application code and the way they store data. For example, the Twitter app knows how to interact with Twitter's databases. But in a decentralized app, we can separate the app code from user data.

In this architecture, we can have a storage service that is independent of the applications that interact with it. This service will store data on a per-user basis instead of a per-app basis, and each user on the network can own and control their data. 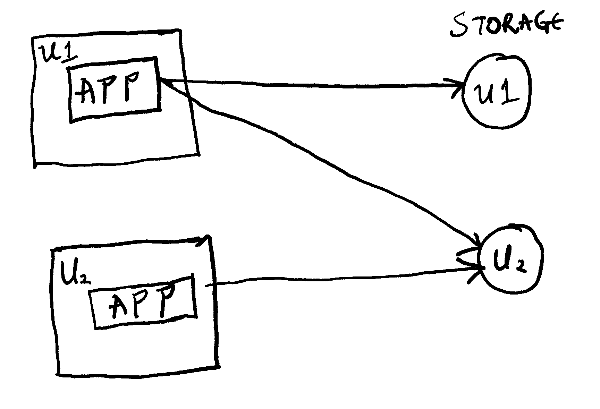 In designing this architecture, the storage service must meet the following requirements:

This architecture will provide the following benefits to users:

The key thing here is that the application running on your computer contains all the logic it needs to interact directly with a general-purpose storage service, with no servers involved.

This is how many downloaded applications on your computer work, in that they interact with your local file system without needing to talk to a server.

Decentralization can be painful #

This decentralized architecture comes with its limitations for both users and developers. It can be significantly more challenging for developers to build decentralized apps, especially since a per-user general-purpose storage service is less flexible than a dedicated database.

Users may not want to manage the security of their data, especially when it involves more complex security mechanisms. There's also the social challenge of convincing users to even consider using decentralized apps, especially since the current centralized architecture works so well.

Blockstack is an open-source approach to building a decentralized internet, using blockchain as the underlying infrastructure. Similar to the architecture discussed so far, each user on the Blockstack network has their private data store, and applications running on the network interact with these data stores.

According to the 2017 paper which this lecture is based on, the authors built Blockstack with three design goals:

To achieve these goals, Blockstack's architecture comprises the different components shown below. 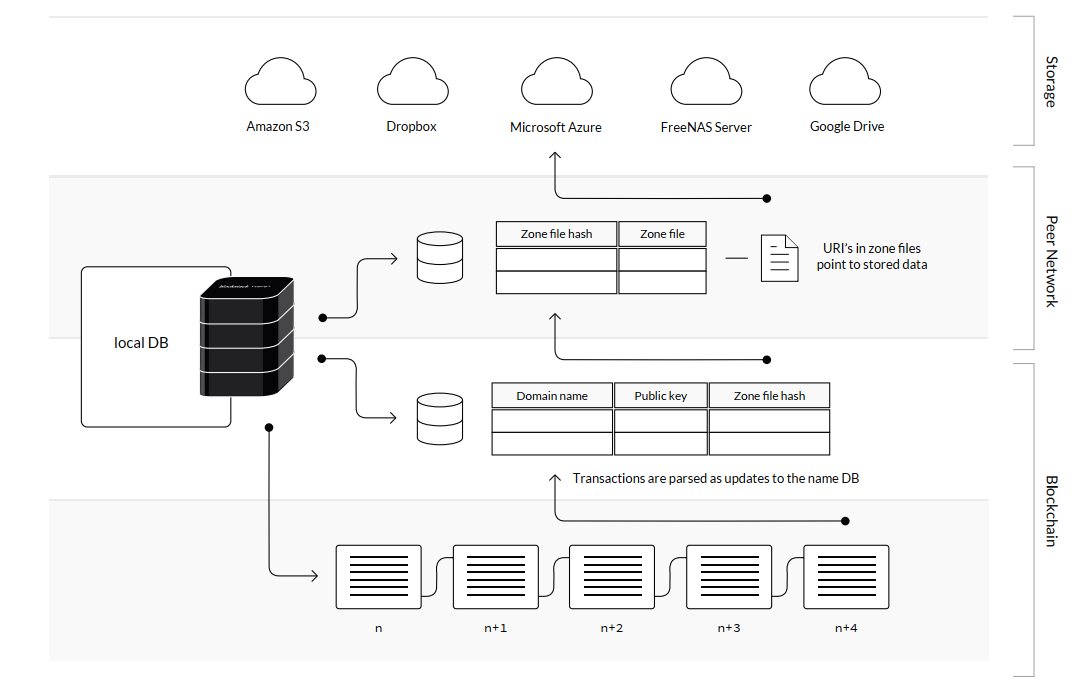 Figure 2: Overview of the Blockstack architecture.

The paper's authors further divide these components into layers. I'll describe these layers and how they all fit together soon.

Names are important in Blockstack for identifying users, applications, and domains. A Blockstack name can map to a user's public key, the location of their data store, an IP address, etc.

When designing Blockstack, there were three properties that the authors desired for a name:

According to the paper, before the invention of blockchains, it was only possible to get two of these three properties at a time. This is a computer science limitation called Zooko's triangle. For example:

The next section will cover how a blockchain helps achieve these properties.

Blockstack uses a blockchain layer to get all the three desired properties of names. This layer comprises two components: the Bitcoin blockchain and a virtualchain, which work together to form the Blockchain Naming System (BNS). The BNS replaces DNS in the network, except that there are no central root servers involved.

Claiming a name in BNS requires Bitcoin transactions, which Blockstack embeds with information about the name. Since the Bitcoin blockchain produces an ordered chain of blocks, we can determine who claimed a name first and ensure that names are unique. Using the blockchain to claim names also means that allocation is decentralized by design.

For example, if you're claiming a new Blockstack name, the associated Bitcoin transaction will contain the following:

The virtualchain component sits on the Bitcoin blockchain and parses the transaction records to create name records from the information on the Blockchain. It then stores these name records in a name database, which each peer on the network has a copy of. With this, users can look up the information for a name without having to search the underlying Bitcoin blockchain.

Blockstack uses a peer network called Atlas for users to discover routing information on the network. Atlas enables Blockstack to separate the task of discovering where data is stored from the actual storage of data, allowing for multiple storage providers to coexist.

Each peer stores a table of zone records. A zone record contains a zone file and its hash. For each name record on the virtual chain, there is a corresponding zone record in the local database.

Any new peers joining the network will communicate with existing ones to get up-to-date information about the zone records.

The final layer is the storage layer called Gaia, which enables users to interact with existing cloud storage providers like Dropbox, Google Drive, and Amazon S3. When a user creates an identity on the blockchain, Blockstack associates that identity with a corresponding data store in Gaia.

Gaia stores data as a key-value store and users can choose what storage providers they want to use. It provides a uniform API for applications to access user data regardless of the storage provider they use.

Before a user writes to their store in Gaia, they encrypt and sign the data with their cryptographic keys. Thus, even though data is stored with existing cloud storage providers, they have no visibility into the data.

Putting them all together #

Quoting the paper, if a Blockstack application wants to look up data for a name, it works as follows:

Blockstack is a system in use today, and you can learn about some decentralized apps that have been built here. I've also left out some details about Blockstack in this post, and I recommend reading the sites linked in the next section to learn more about its implementation. This post is mainly an exploration of how the internet could be different and perhaps better, using Blockstack as an example.

But blockchain-based apps are not the only approach to building decentralized applications. CRDTs are another approach being actively explored today, and you can find a great overview here.

Overall, I'm intrigued by the decentralization vision for building applications and while it's still some way off being fully realized, the ongoing research is promising.